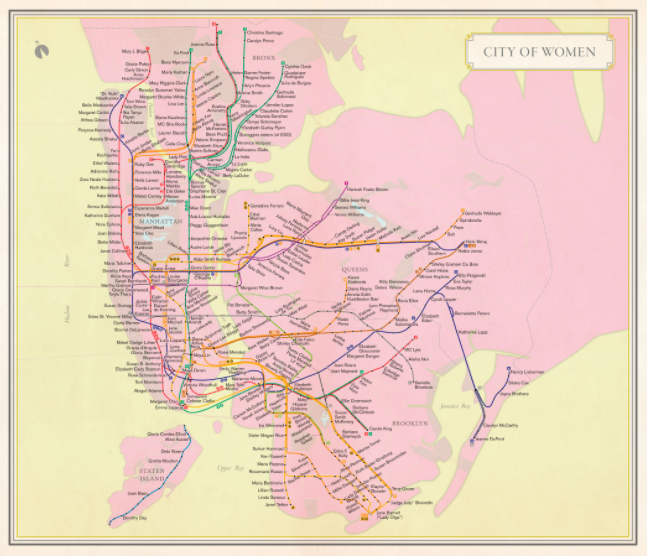 City of Women by Rebecca Solnit

In the map “City of Women”—which appears in the forthcoming book “Nonstop Metropolis,” a creative atlas of New York City that I co-authored with Joshua Jelly-Schapiro—we tried on what it would look like to live in such power, by paying homage to some of the great and significant women of New York City in the places where they lived, worked, competed, went to school, danced, painted, wrote, rebelled, organized, philosophized, taught, and made names for themselves. The New York City subway map is the one map that nearly everyone in the city consults constantly; it is posted at nearly every station entry and on every platform and subway car. The station names are a network of numbers and mostly men’s names and descriptives, but the map is an informational scaffolding on which other things can be built. So on it we have built a feminist city of sorts, a map to a renamed city.