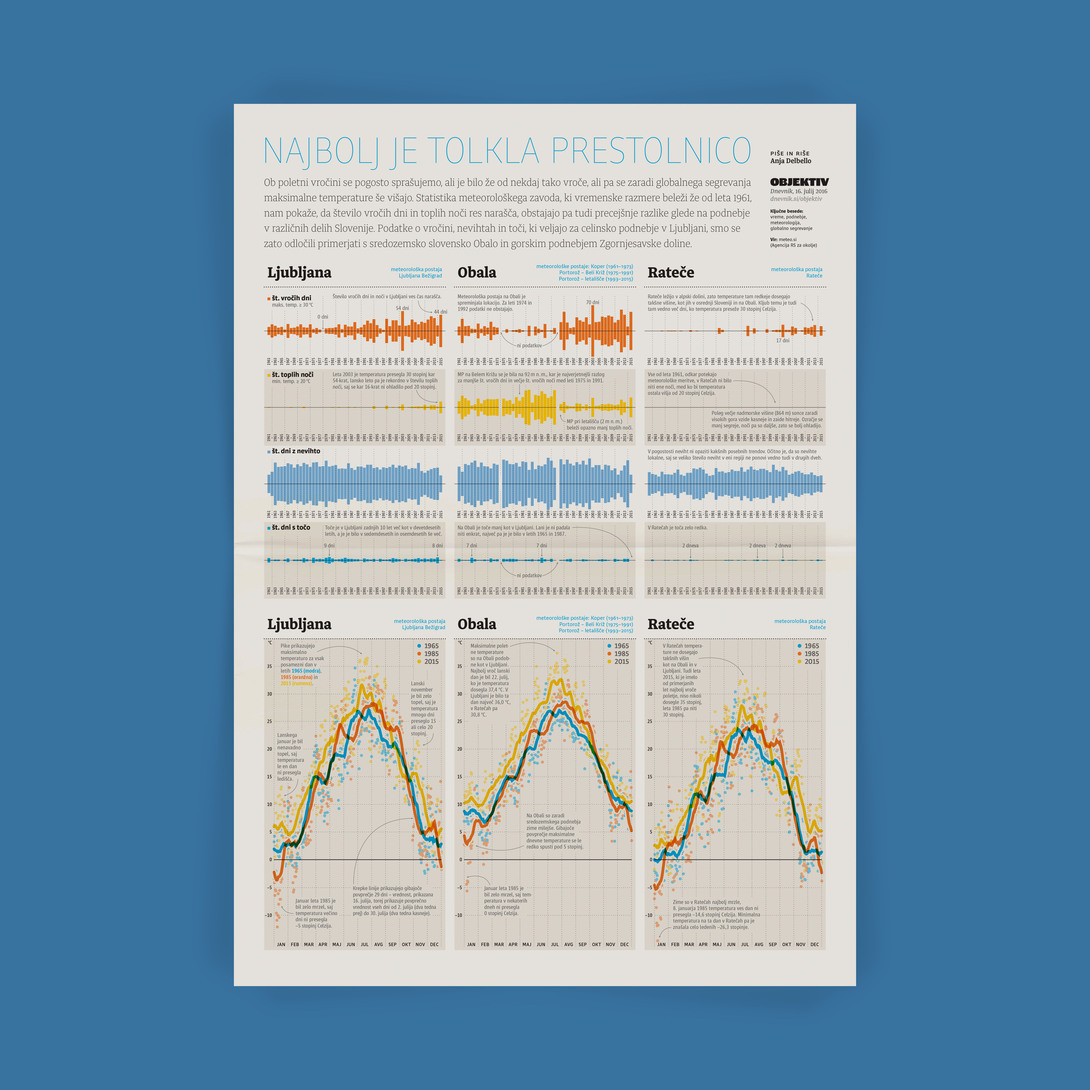 Objektivno was an internationally acclaimed project of Dnevnik, second largest newspaper in Slovenia, exploring journalism that bridged data, code, text and image. It appeared on the back page of Saturday supplement Objektiv that reaches about 30.000 people in Slovenia through print and further 250.000 through digital distribution.

The project ended in August 2016 after running continuously (each week) for more than four years. Submitted below is just a small selection of work from our feature section, done in the last year. 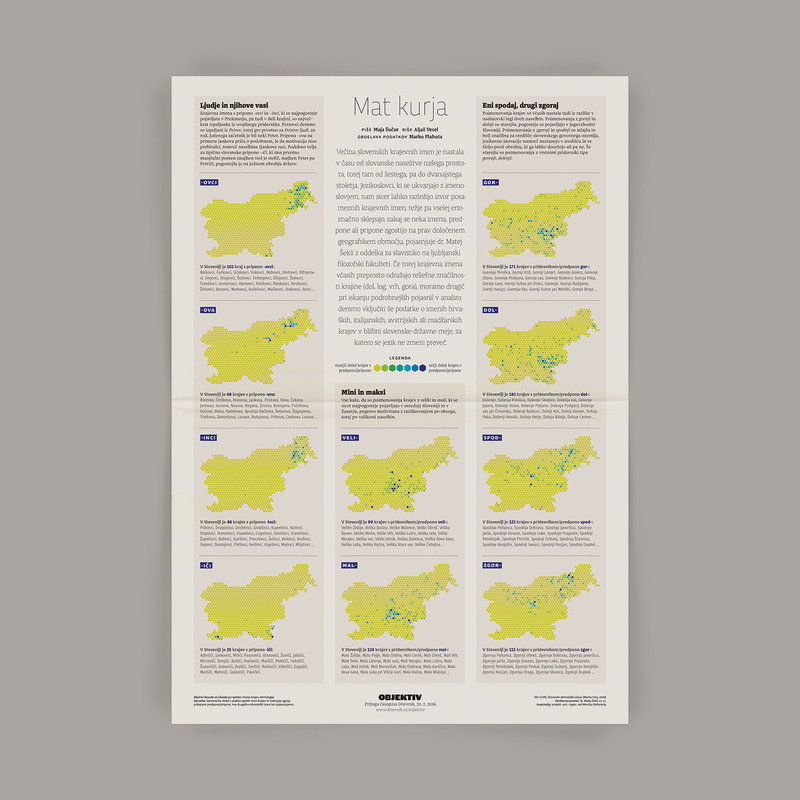 Using data from Geodetic Administration Office we analyzed the most common prefixes and suffixes of the town/village names in Slovenia and offered interpretations of geographical patterns. 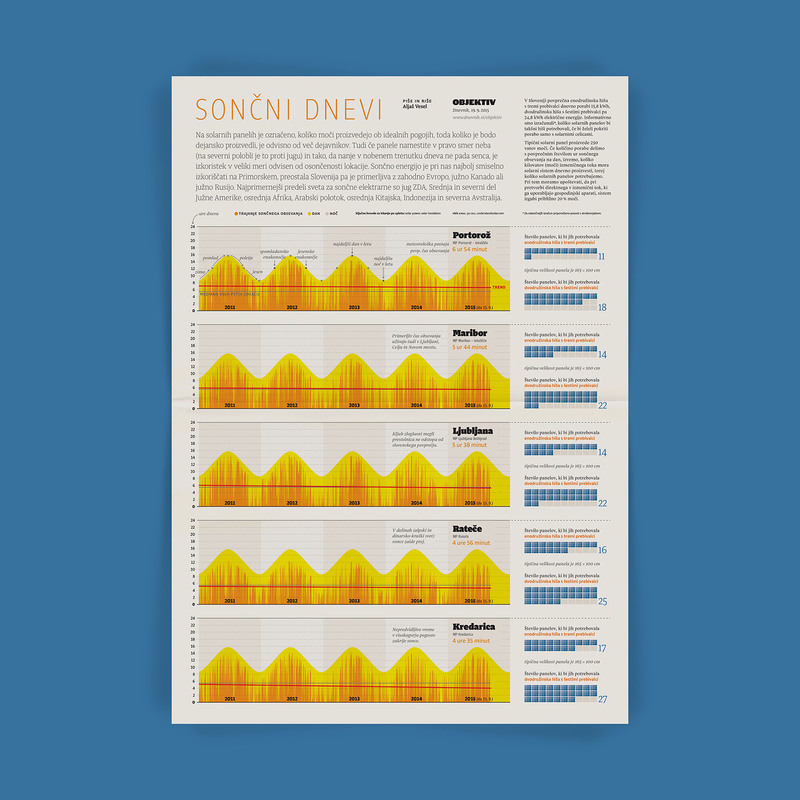 Using data from five meteorological stations in different parts of Slovenia we visualized how much hours of sunlight each location got in the last five years. The differences were quite noticeable, so we calculated how much solar panels would you need on each location to sustain the average energy needs of a single-family house with 3 inhabitants and a two-family house with 6 inhabitants.