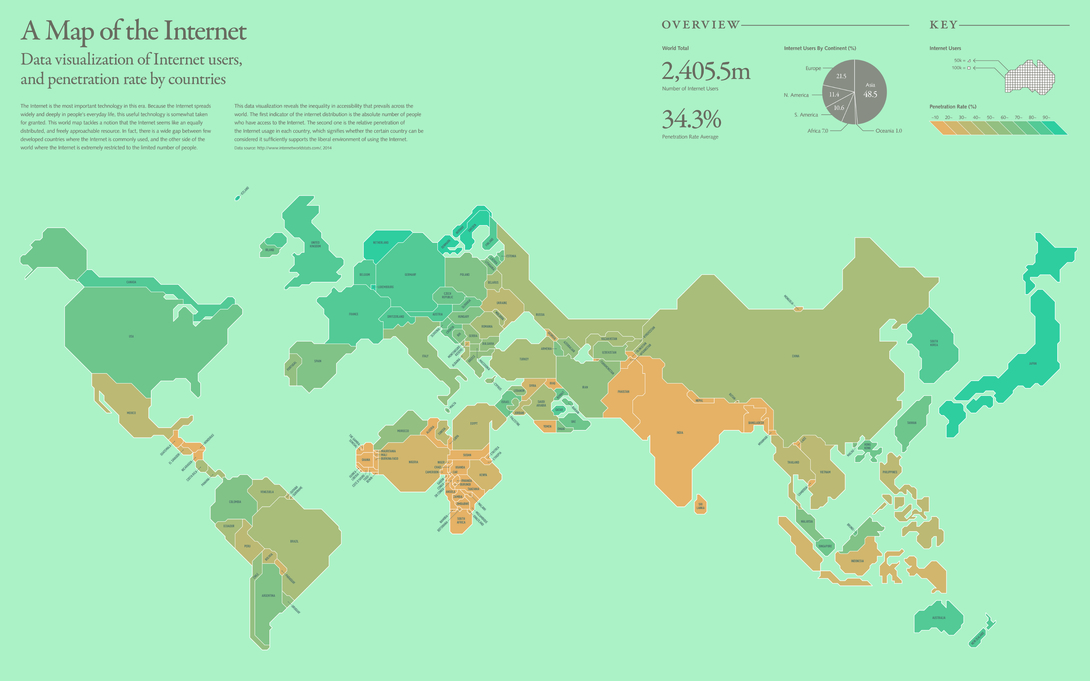 A Map of the Internet by Sunghoon Kim

The Internet is the most important technology in this era. Because the Internet spreads widely and deeply in people's everyday life, this useful technology is somewhat taken for granted. This world map tackles a notion that the Internet seems like an equally distributed, and freely approachable resource. In fact, there is a wide gap between few developed countries where the Internet is commonly used, and the other side of the world where the Internet is extremely restricted to the limited number of people.
This data visualization reveals the inequality in accessibility that prevails across the world. The first indicator of the internet distribution is the absolute number of people who have access to the Internet. The second one is the relative penetration of the Internet usage in each country, which signifies whether the certain country can be considered it sufficiently supports the liberal environment of using the Internet.