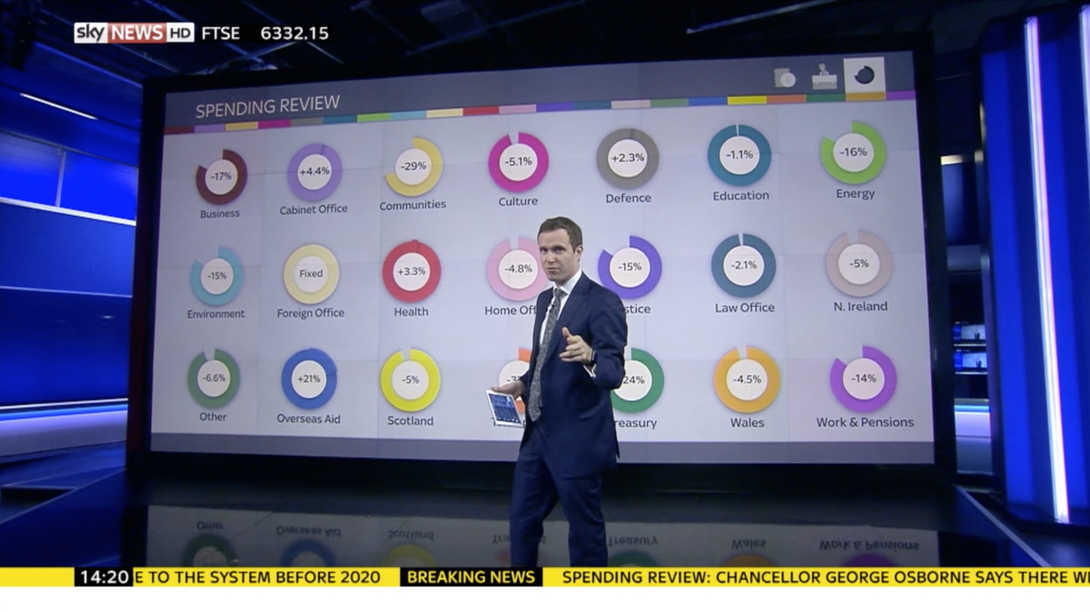 The Spending Review in 5 Charts by Sky PLC

Budget cuts can be a little befuddling, which is why for the 2015 Spending Review we wanted to create something that was easily accessible and understandable for everybody – whilst still being suitable to air across all platforms.

For people with little understanding of economics a government department being cut by £5bn sounds sensational at first, but in reality that might only be a small portion of its budget. For our coverage to be truly transparent and engaging it was important for us to communicate not just how much money was being cut but also the context of this figure.

We felt that the best way to do this was to use a separate pie chart to represent each department, this would then be fed live data and either increased or decreased to show how it would be affected by the cuts.

The main focus for the project was The Wall of Pies, a wall sequence that showed a breakdown and explanation of which departments were being affected by the cuts. This was designed in Illustrator and built in VIZRT, with functionality a key part of the design process.

We knew that the budget announcement and our reporting was never going to be a linear experience, so we gave the presenter complete control of what was being seen on The Wall of Pies via a tablet.