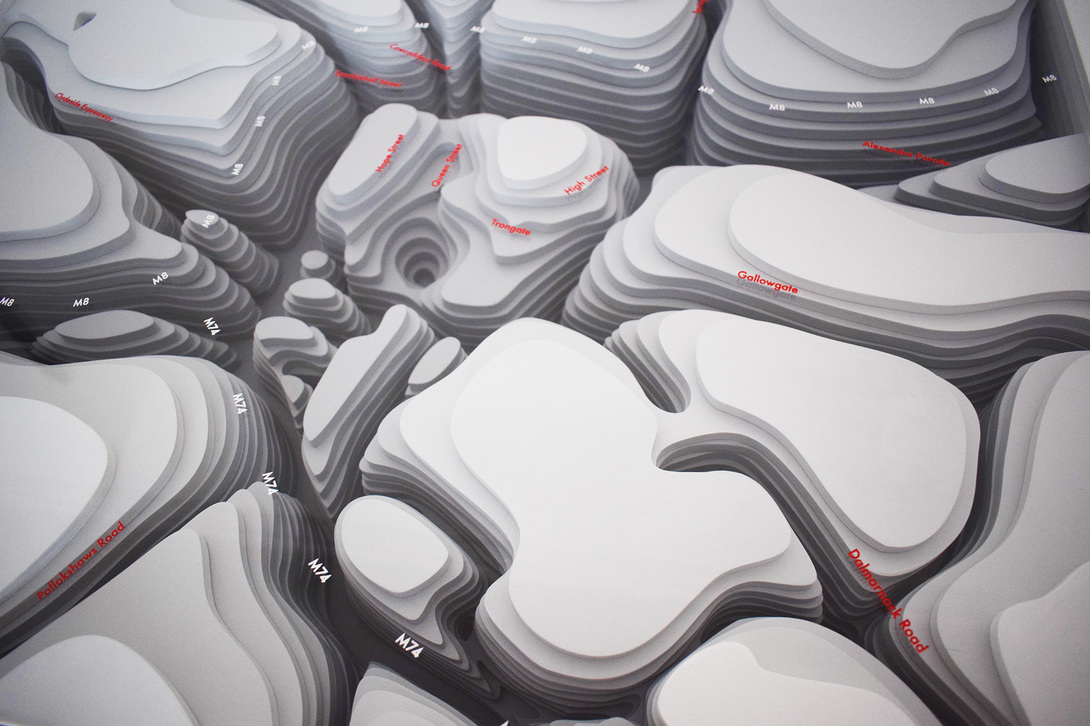 3D Visualisation of Air Pollution in Glasgow by Trudi Hannah

A geophysical investigation of environmental data and exploring new ways to communicate this complex data to the public. The issue of air pollution from road traffic is especially topical at the moment. Emissions from road traffic have long been known to have toxic effects on humans but recent scandals involving some of the world’s largest automotive companies have greatly increased public awareness of the issue. The city of Glasgow has areas of poor air quality but little public engagement so there is a need to find more visually interesting ways to show air pollution data, and thereby increase the power of the message and drivers for change in the city.

The model shows the results of an air pollution analysis prepared in collaboration with atmospheric scientists based in the city, which combines publicly available air monitoring data with a simple road dispersion model. The 3D visualisation of the data utilises similar geospatial analysis techniques to those commonly applied in terrain mapping. Air pollution maps were prepared in an open source Geographical Information System package (QGIS). These pollutant concentrations were then exported as vectors to Adobe Illustrator to be used in a laser cutting process with stacked poplar plywood layers representing pollution concentration.

Pollutant concentrations are indicated by depth and tone, darker and deeper layers are higher in nitrogen dioxide. The red marker on the key indicates the current EU national limit of 40 micrograms of nitrogen dioxide per metre cubed of air. An acrylic top layer has been added with the precise locations of Glasgow roads and motorways to allow recognition for the viewer. The effects of the major roads in the city like the M8 can be clearly seen, though some locations in the city centre are also high in nitrogen dioxide, exceeding national standards.