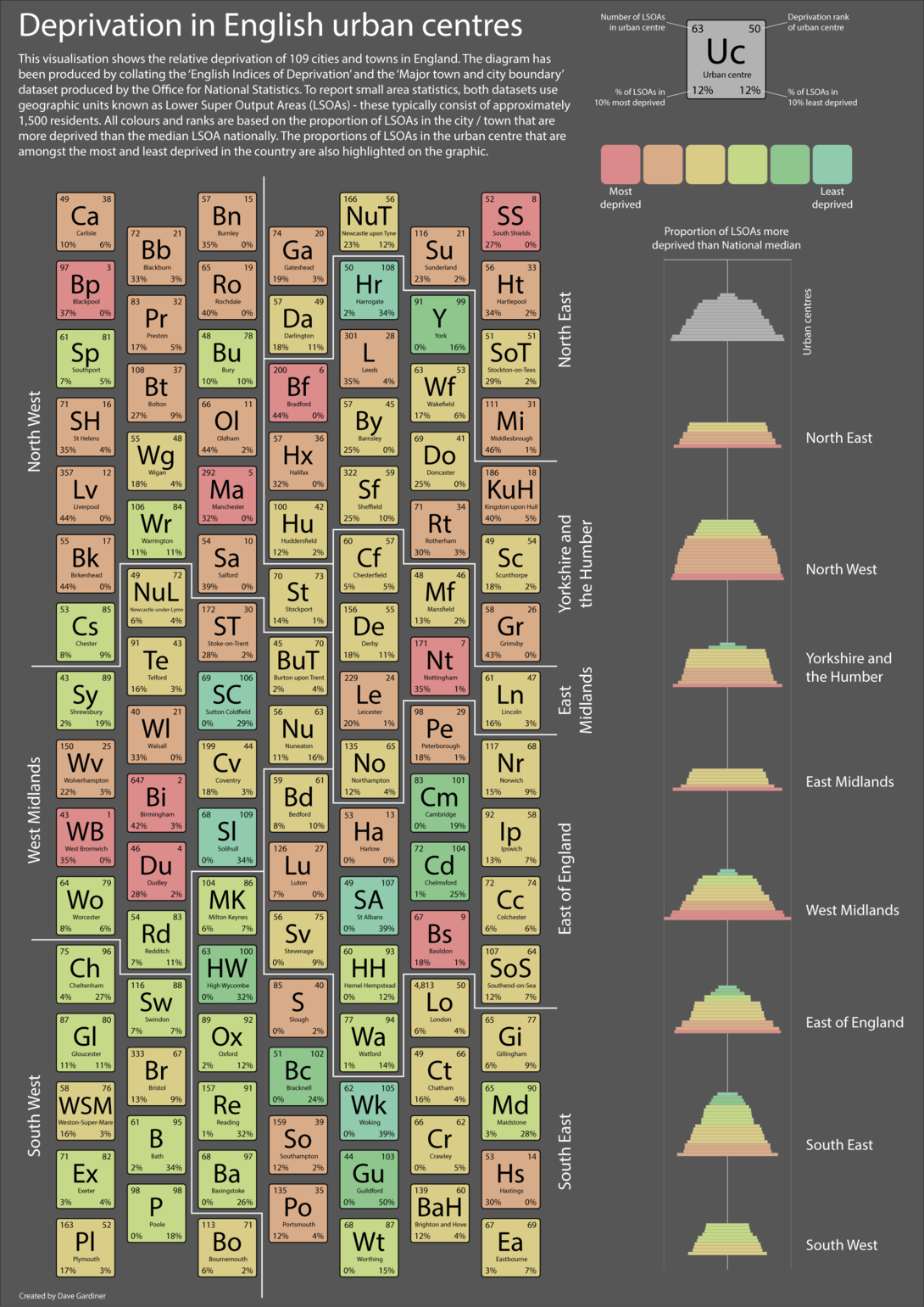 This visualisation shows the relative deprivation of 109 cities and towns in England. The diagram has been produced by collating the ‘English Indices of Deprivation’ and the ‘Major town and city boundary’ dataset produced by the Office for National Statistics. To report small area statistics, both datasets use geographic units known as Lower Super Output Areas (LSOAs) - these typically consist of approximately 1,500 residents. All colours and ranks are based on the proportion of LSOAs in the city / town that are more deprived than the median LSOA nationally.