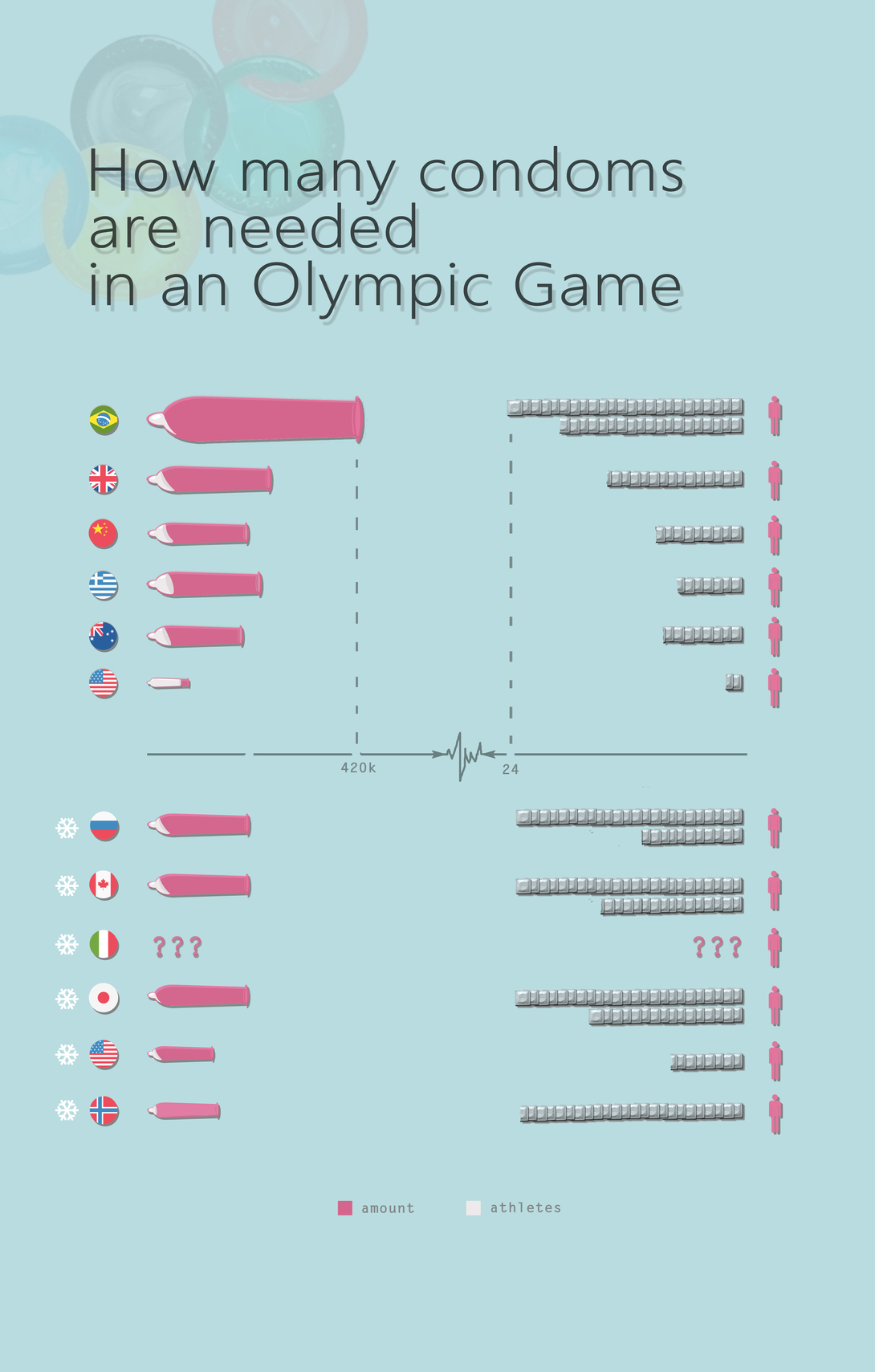 Olympians are young, supremely healthy people who’ve been training with the intensity of combat troops for years. Suddenly they’re released into a cocoon where prying reporters and overprotective parents aren’t allowed. Pre-competition testosterone is running high. Many Olympians are in tapering mode, full of excess energy because they’re maintaining a training diet of up to 9,000 calories per day while not actually training as hard.Thousands of bodies, at the peak of physical fitness, isolated and stressed, pushed into a cauldron of hype for two weeks—why wouldn’tthere be sex?One record seems almost guaranteed to be broken at each Olympic Games—the number of condoms supplied to athletes in the Olympic village. At Rio 2016, the count stands at 450,000, with 175,000 sachets of lubricant for good measure—the largest amount of contraceptives ever delivered to an Olympic Games.So,how many condoms are needed in an Olympic Game? How many condoms can a single athlete get? After watching this infographic you shall know the answer .