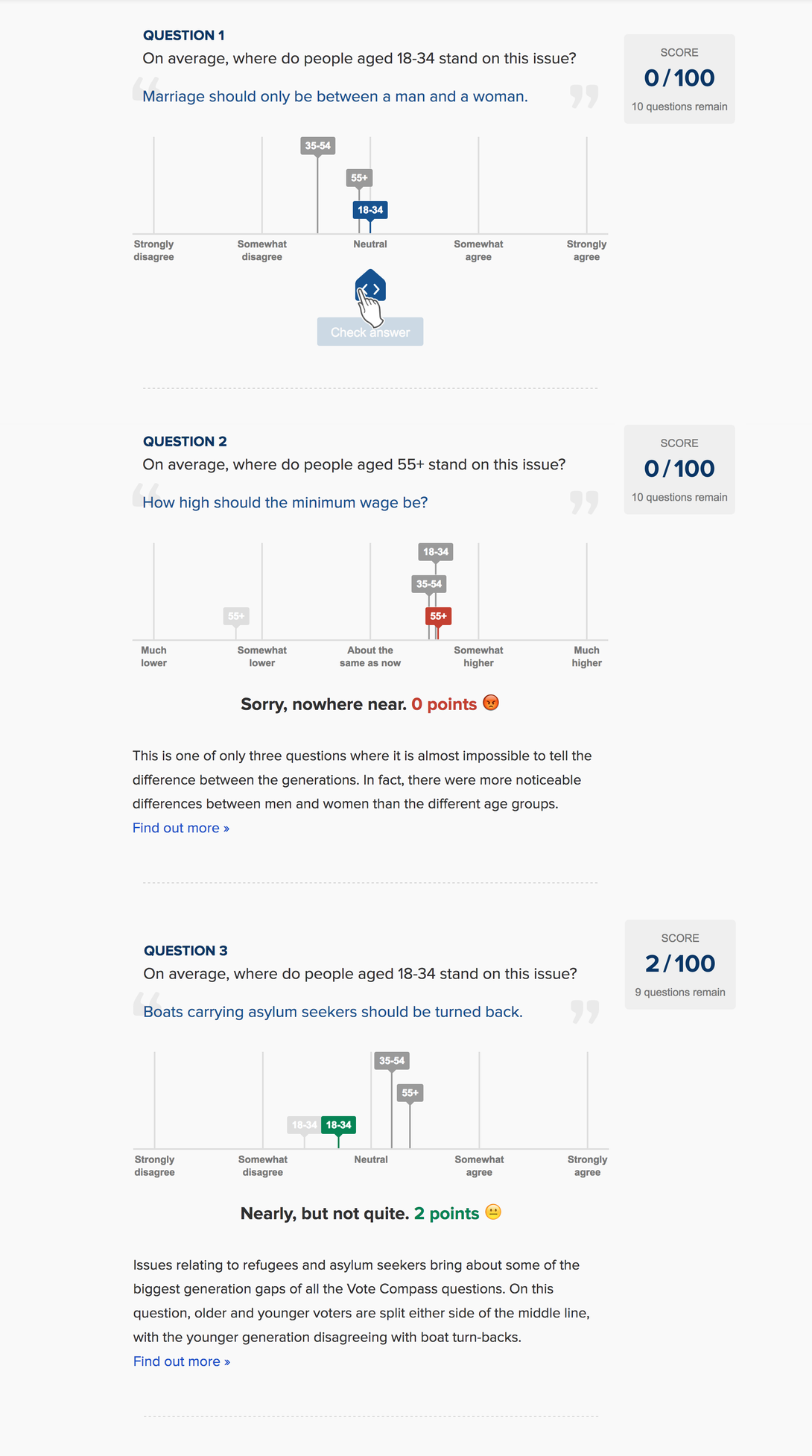 During the 2016 Australian election, ABC News ran an interactive tool that helped voters see how their views compared to the candidates' policies. More than 1.3 million people used the tool during the election campaign, providing us with a wealth of data about what Australians thought about a range of key political issues.

We wanted to help people understand that data - and see how different groups of Australians responded to the issues.

We built a quiz interface that asked millennials to place where they thought baby boomers stood on the issues, and vice versa. We used conversational speech and emoticons to try to lower the barriers to important election coverage and to engage an audience who was struggling with election fatigue.

The interaction model forced people to think deeply about the issues and consider how other people may think politically, along the way informing them about the political process and the views of their fellow voters during a key election cycle.

About the team
The ABC News Digital Storytelling team uses the skills of journalists, developers and designers to tell stories that matter in ways that help people understand the news.