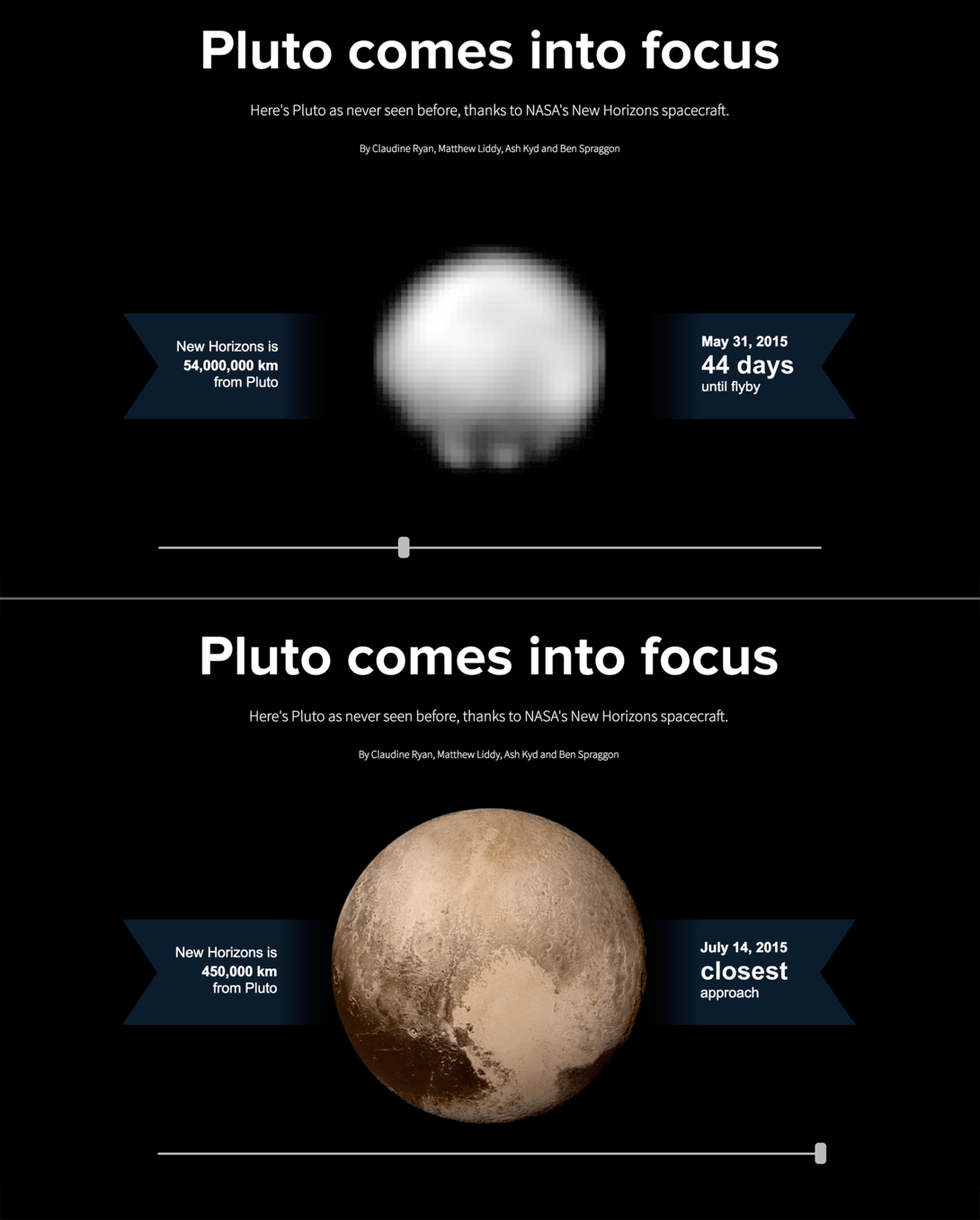 "Pluto comes into focus" was a creative, interactive story that aimed to showcase scientific discovery at the edges of our solar system in real time.

Until very recently the best images we had of Pluto were a tiny blur, just a few pixels wide.

Nine years ago NASA set out to change all that, when the space probe New Horizons blasted off on a mission to explore the far reaches of the solar system, including a flight past Pluto.

We built an interactive slider showing images of Pluto taken by New Horizons as it made its approach; then used images and long-form text to explain the background to the mission and why it mattered.

As each new image was relayed back to Earth, it was updated to the slider, allowing readers to follow the story as Pluto came into focus.

We allowed audience members to subscribe via email to receive a notification every time new imagery was released - and thousands did.

The story became one of the most popular ABC News stories of the year, and was shared 20,000 times on social media, giving tens of thousands of people new insights into science and our solar system.

About the team
The ABC News Digital Storytelling team uses the skills of journalists, developers and designers to tell stories that matter in ways that help people understand the news.