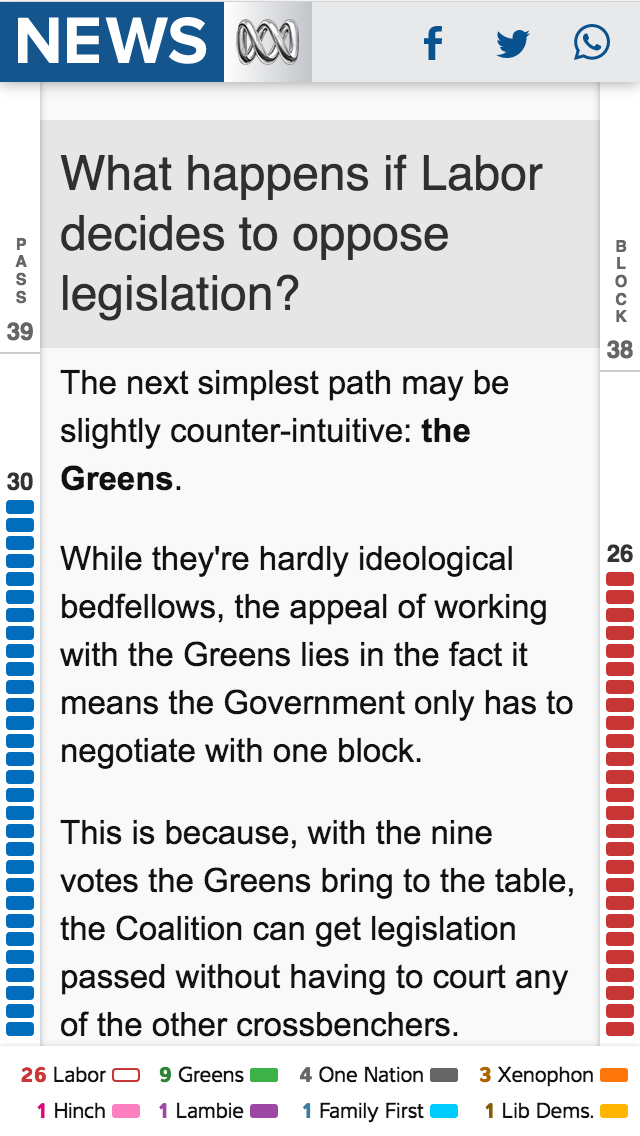 After a bitterly contested Australian election, the returned Government of Malcolm Turnbull faces the prospect of negotiating with various blocs of other parties in order to pass its agenda through the country's Upper House of Parliament, the Senate.

The Senate may prove the making or breaking of the Turnbull Government, so it's important for Australians to understand how the mix of parties there will influence politics over the next three years.

In order to explain that in a simple and accessible manner, we built an interactive and animated visualisation that accompanies a deep narrative talking through the various ways legislation may be passed or blocked.

The visualisation works beautifully across desktop and mobile browsers, and nothing complex is asked of the reader, with the interaction model based on scrolling.