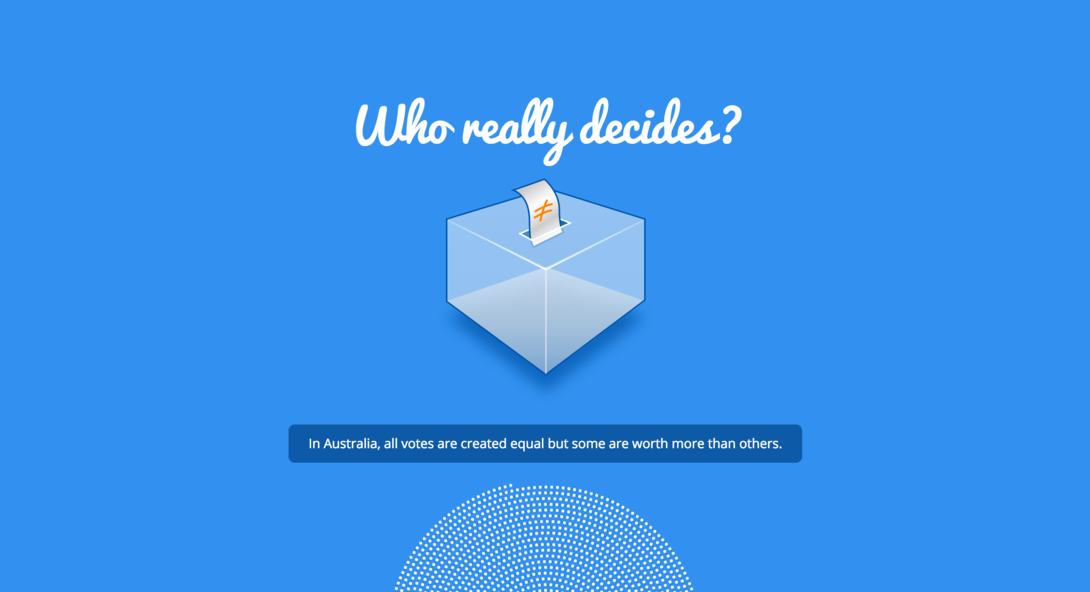 With the Australian federal election drawing near, we set out to explain why Australians had varying levels of influence on the outcome.

We included various factors which could effectively silence your voice, such as not being eligible to vote, or living in safe electorates.

We visualised the Australian population as a cluster of points. As the story progressed and we applied each factor, layers of points begin drifting away from the pack, eventually leaving us with a surprisingly small core.