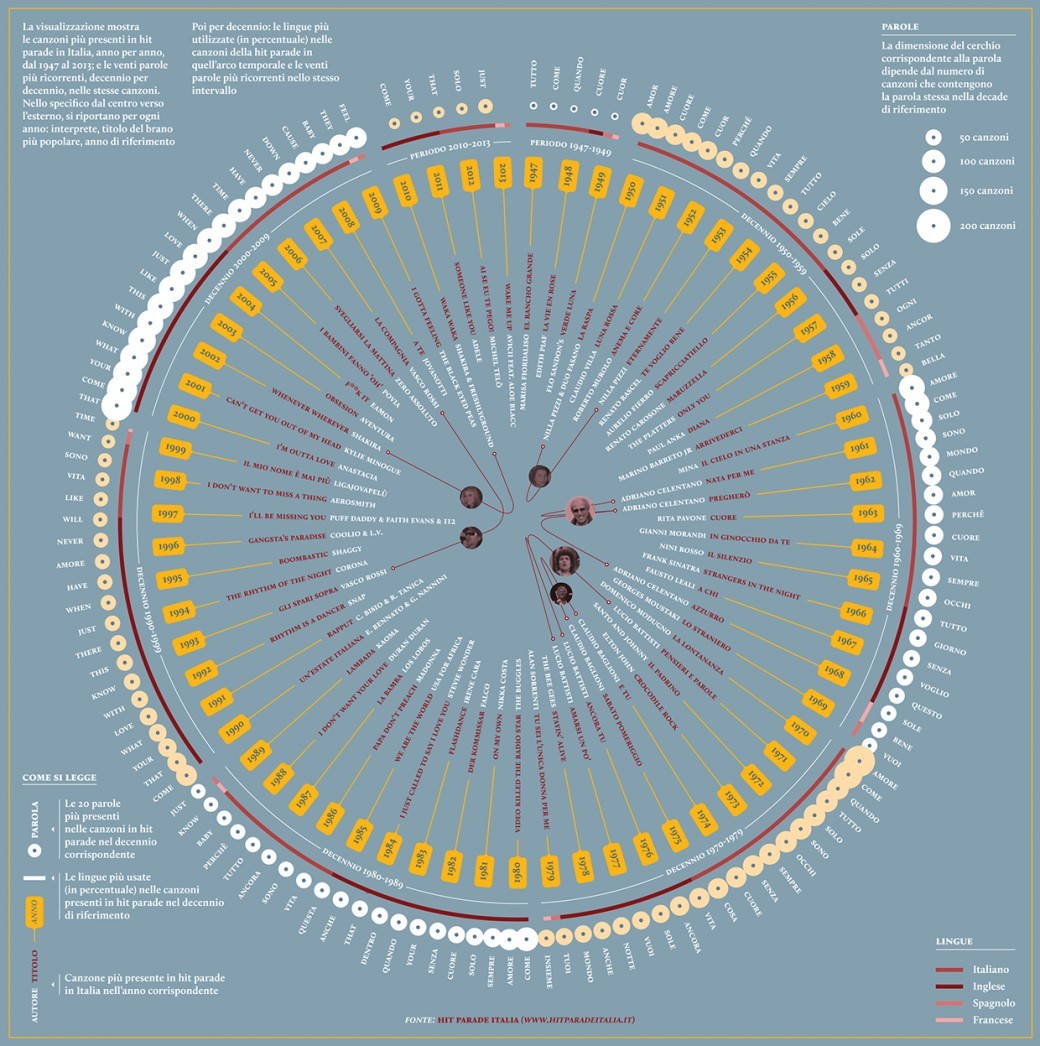 The artwork shows the songs present in the charts in Italy, year by year, from 1947 to 2013; and the twenty most common words, decade by decade, recurring in the same songs.
Specifically, from the centre to the outside are reported for each year: performer, most popular song title, reference year.
Then for the decade: the most widely used languages (in percentage) of the songs of the chart during that time and the twenty most common words in the same range.