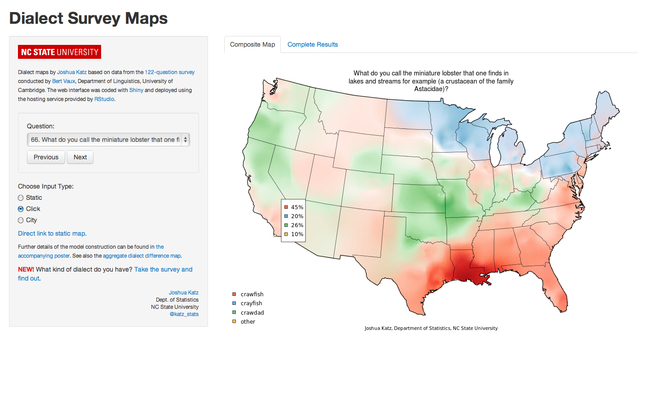 Beyond 'Soda, Pop, or Coke' by Joshua Katz

This series of maps examines regional dialect variation in the continental United States. For each of the 122 questions in the Harvard Dialect Survey, the composite map shows which dialect variant or variants dominate in which regions of the country--e.g., where more people tend to use the term "firefly" and where more would say "lightning bug." The fainter the color, the less one particular variant dominates.