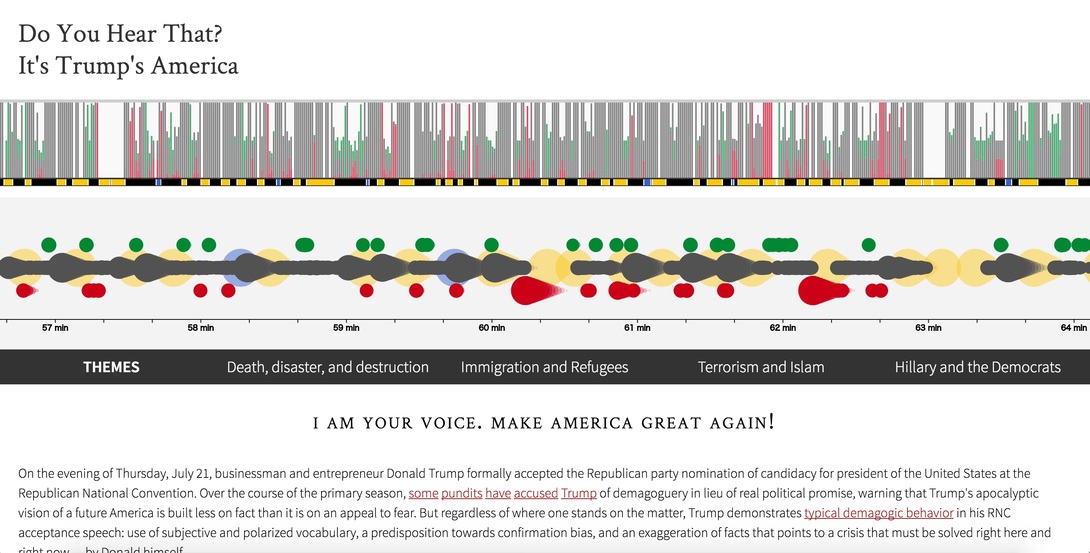 Do You Hear That? It's Trump's America by Steven Braun

On July 21, 2016, Donald Trump gave his acceptance speech for the Republican presidential nomination at the RNC. Since the beginning of the primary season, Trump has been accused by pundits of demagoguery, citing his short temper, politicized language, and exaggeration of facts as evidence that he is unfit to lead the country. In order to represent these claims of demagoguery in a new way, this project visualizes measures of voice cadence and vocabulary in the text of that speech.