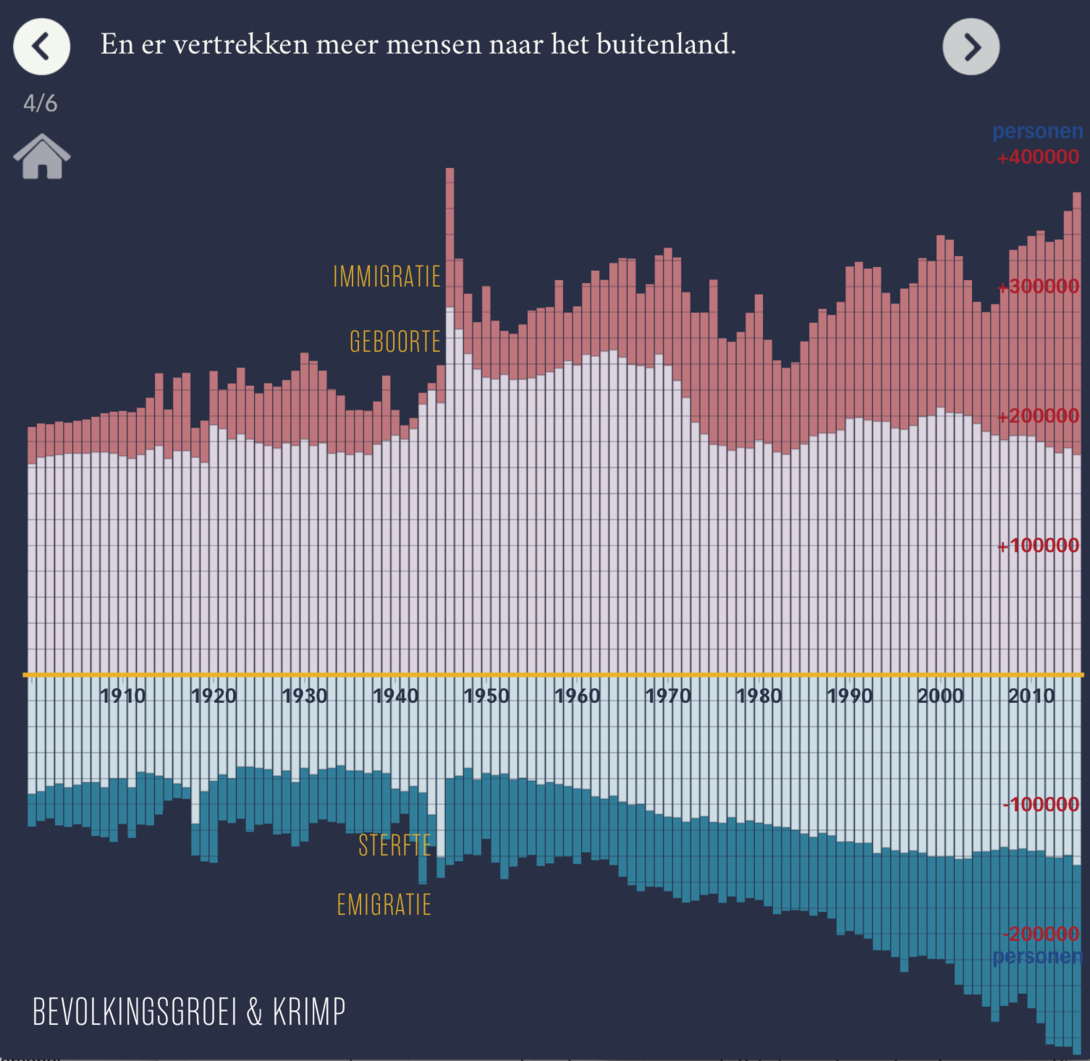 Who are those 17 million Dutch people? by Mirjam Leunissen - Dutch Data Design

A century ago The Netherlands counted 6.5 million inhabitants. On March 21st of this year that number officially reached a total of no less than 17 million. That same day we published a combination of three visualizations that combine some 20 data sets to illustrate how births, deaths, immigration and emigration have contributed to this total, where all of these people live and who these people are in terms of their distribution over age groups, religion, education, occupation, wealth, etc