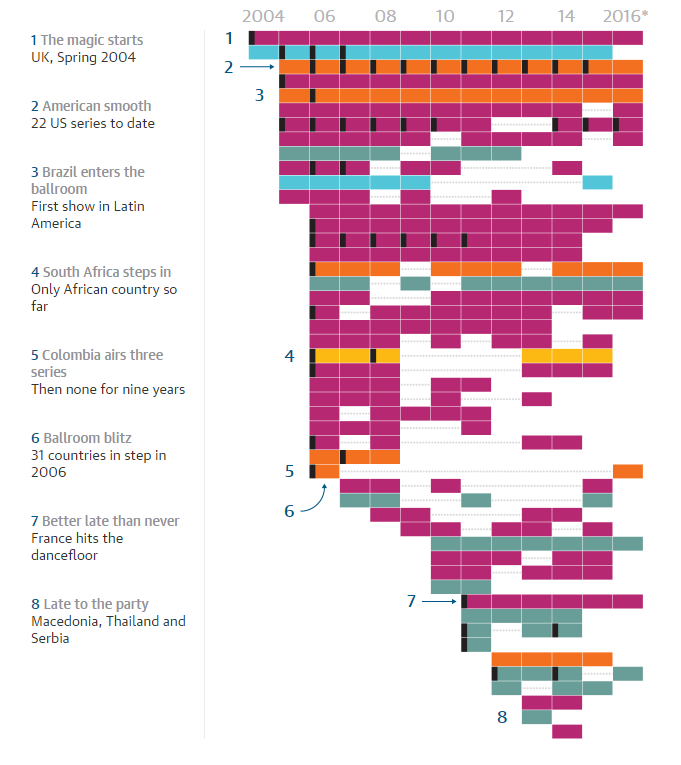 How Strictly Come Dancing conquered the world, from Australia to Armenia

It was the BBC that came up with the format, which pairs celebrities with professional dancers for a televised ballroom dancing competition. The first series began on 15 May 2004. Later that year, Australia became the second country to hit the dancefloor.

Since then the BBC has sold the concept to more than 50 countries on five continents. It’s called Dancing with the Stars in Australia and the US, Let’s Dance in Germany and Sweden, Bailando por un Sueño in Argentina and Colombia, and Parahandes in Armenia, just to name a few.