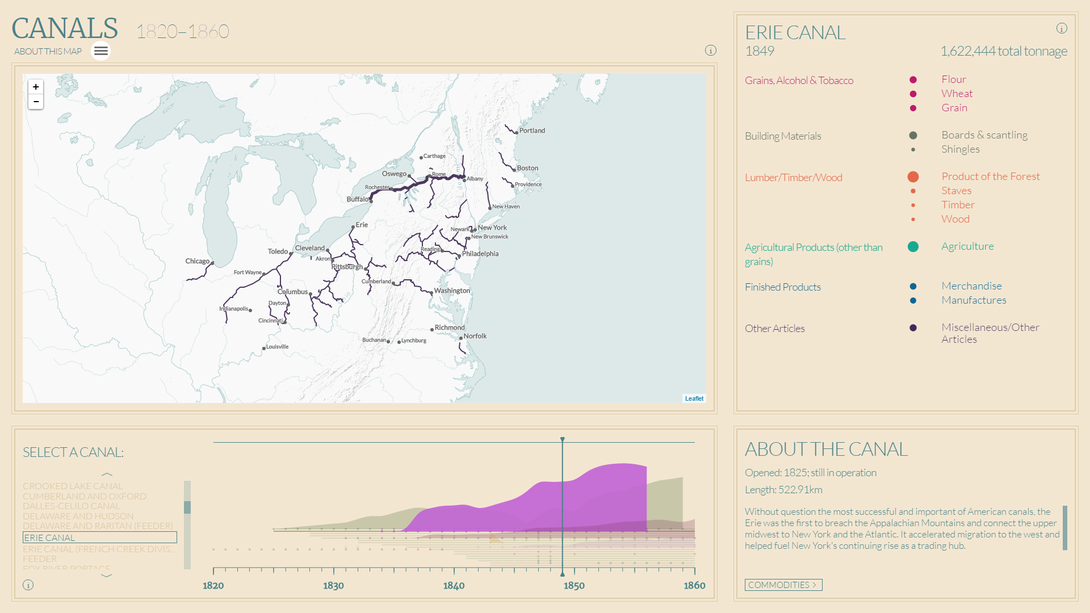 Canals in the Us

In the final sentence of his study of nineteenth‐century canals, Ronald E. Shaw points to the limitations of most canal maps: “The long lines of canals now drawn on our maps ... are but the skeletal remains of a once vital dimension of American life.” Hoping to produce a map that conveys more of the "vitality" of canals as engines of trade, economic development, and travel in antebellum America, this maps not only shows the spaces that canals connected but information about the goods they carried.