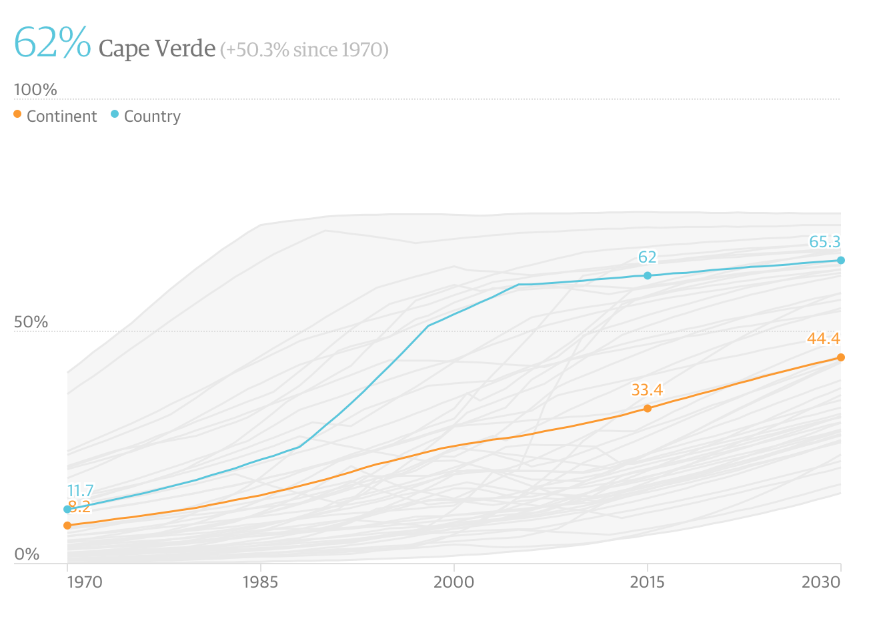 Contraception and family planning around the world – interactive

A record number of women now use contraception. The latest figures from the UN’s Department of Economic and Social Affairs show 64% of married and cohabiting women used modern or traditional methods of contraception in 2015 – a significant rise from 36% in 1970. But the figures show wide disparities between and within regions and countries.

Data refers to women aged between 15 and 49 who were married or living with a partner.