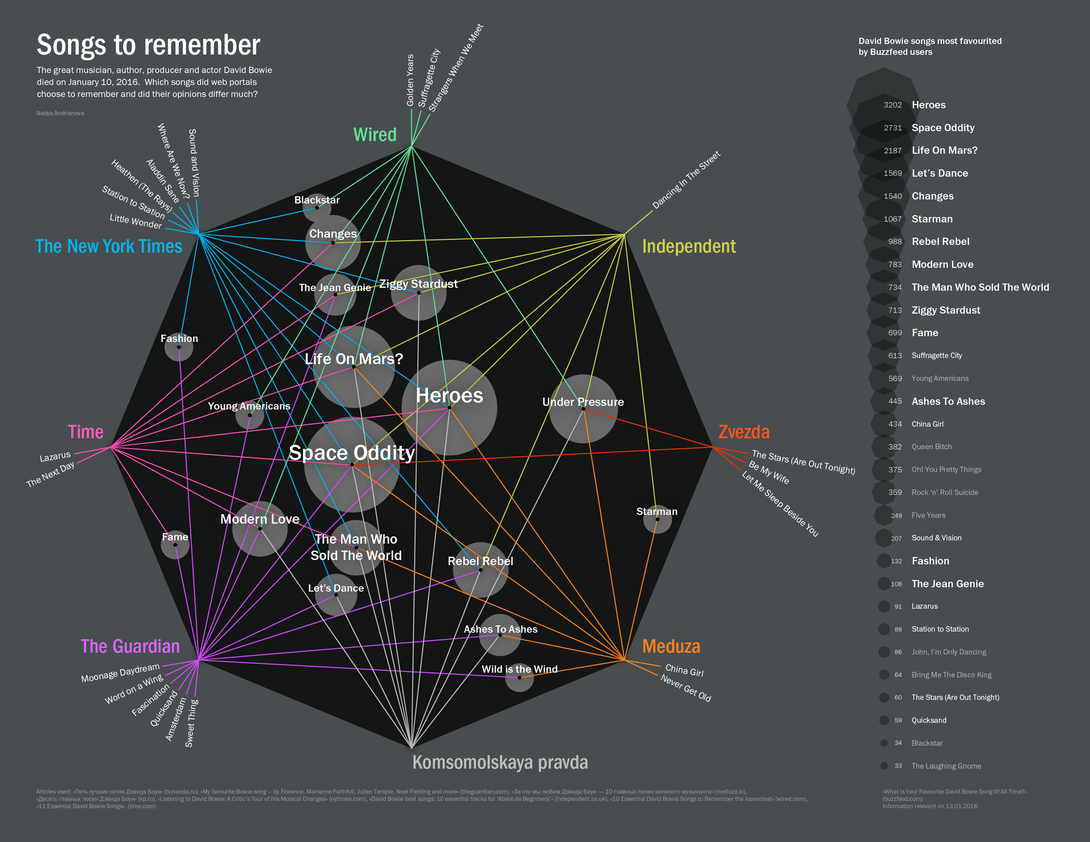 Songs to remember by Nadezda Andrianova

On the 10 of January the great musician David Bowie died. Several web portals published the lists of the critics favorite songs. So 3 very different in many ways (political views, social aspects etc.) Russian portals and several foreign ones were compared. And the result of user’s list of favorite songs on Buzzfeed was added.
The idea was to show how close we are, despite of political views, ages, genders, countries we’re living etc. That we are united in our love to good music.