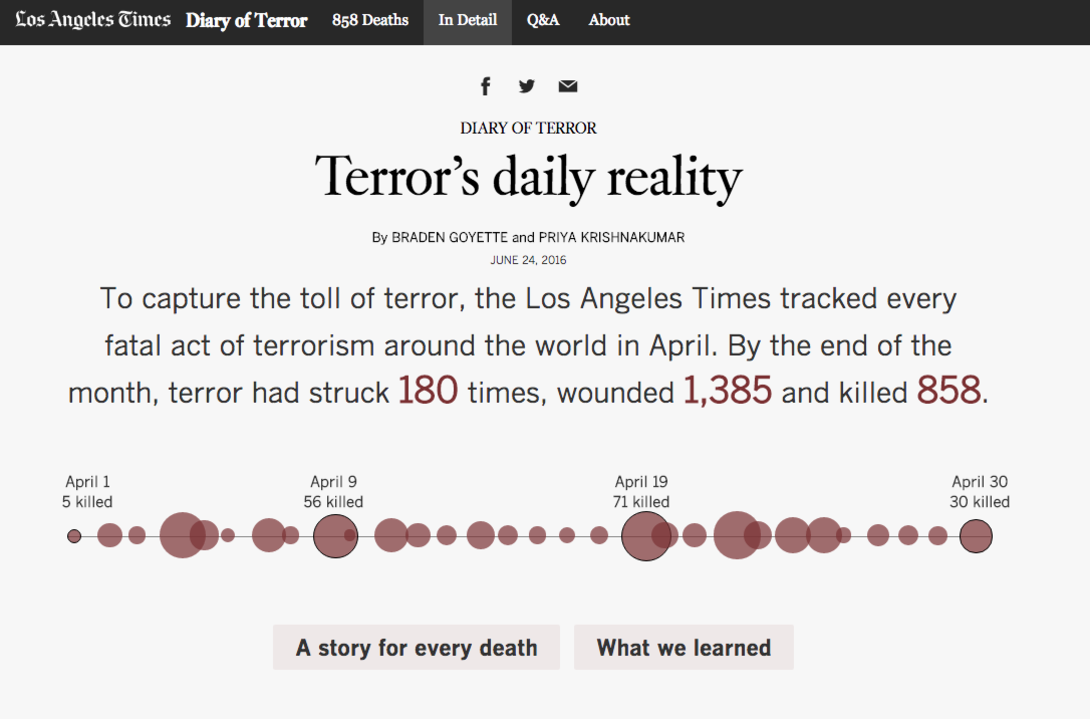 To capture the toll of terror, the Los Angeles Times tracked every fatal act of terrorism around the world in April. By the end of the month, terror had struck 180 times and killed 858. The project has three parts.
1. Terror’s daily reality: A non-traditional interactive that tells the stories behind each attack.
2. The terror attacks you haven't heard about: A story with interviews and on-the-ground reporting
3. How we reported 'Diary of Terror': An explanation of methodology and findings.