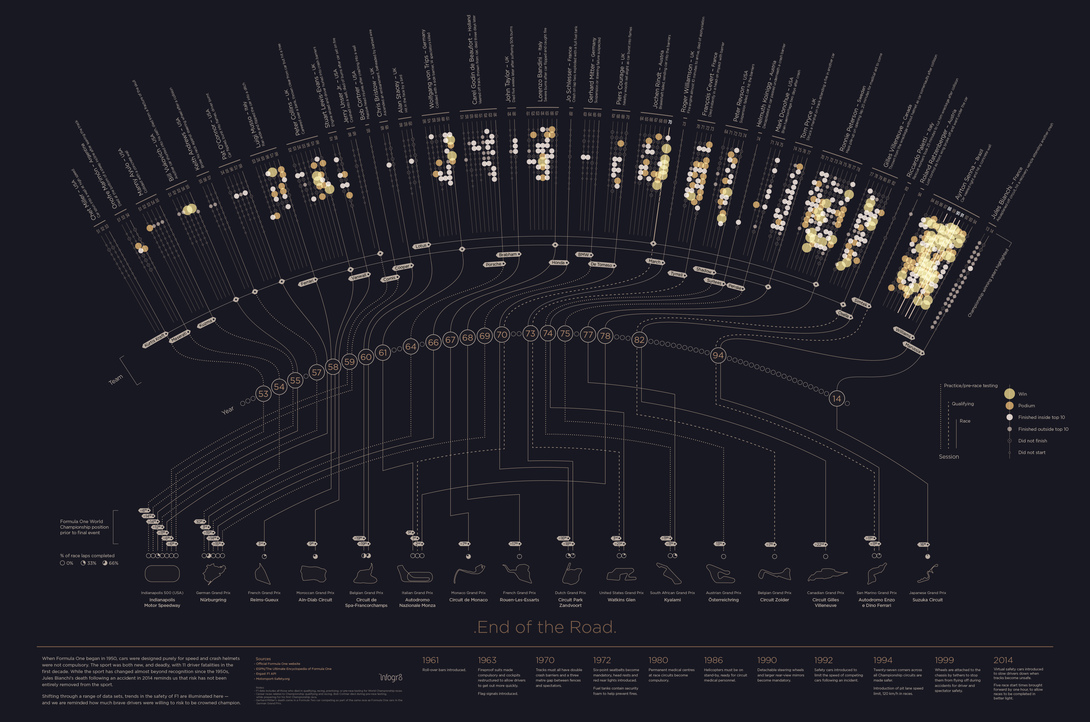 End of the Road by infogr8

When Formula One began in 1950, cars were designed purely for speed and crash helmets were not compulsory. The sport was both new, and deadly, with 11 driver fatalities in the first decade.

While the sport has changed almost beyond recognition since the 1950s, Jules Bianchi’s death following an accident in 2014 reminds us that risk has not been entirely removed from the sport.

Shifting through a range of data sets, trends in the safety of F1 are illuminated here —and we are reminded how much brave drivers were willing to risk to be crowned champion.