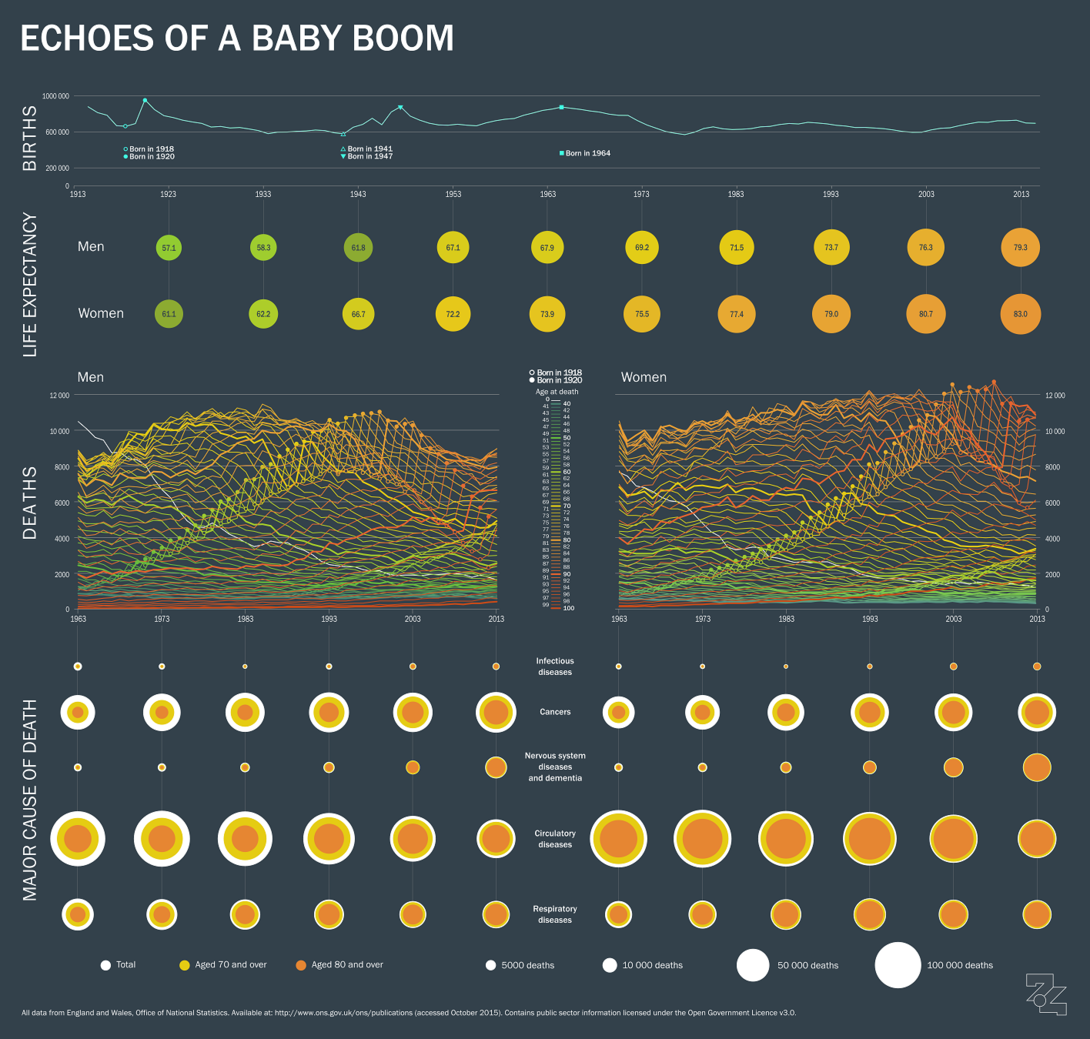 In 1918, the First World War ended and millions of men returned from the front line to their wives and sweethearts. Two years later, Britain experienced a sudden spike in birth rate, a ‘baby boom’, during which the number of births in England and Wales leapt by 45% from the wartime low. One consequence of that sudden arrival of a generation can be seen echoing across successive decades. Those original baby boomers grew up, led lives of their own, grew old, and eventually, inevitably, they began to die. And because there were so many of them to begin with, this generation has exerted a huge influence on the age structure of our population for the past half century. Our submission visualizes data from the Office of National Statistics, revealing a striking pattern in the number of deaths registered between 1963 and 2013: the effect of the large post-war generation ageing and dying. In each year, there is a drop in recorded deaths among people born in 1918 and a peak in recorded deaths among people born in 1920. During the past 50 years, a clearly-visible, wave-like pattern has emerged and come to dominate mortality data for England and Wales, highlighting the influence of this massive post-war cohort. And that’s not the end of the story. You may be able to spot the beginnings of a similar pattern: the echoes of the Second World War baby boom starting to propagate in the last decade as time begins to catch up with those born during the post-war years. After that, it may be another decade or two before we start to see the effects of the prolonged peak in births during the 1960s. As options for medical intervention multiply and people die later in life, from an evolving array of diseases, the impact of these large cohorts on healthcare provision is likely to be substantial.