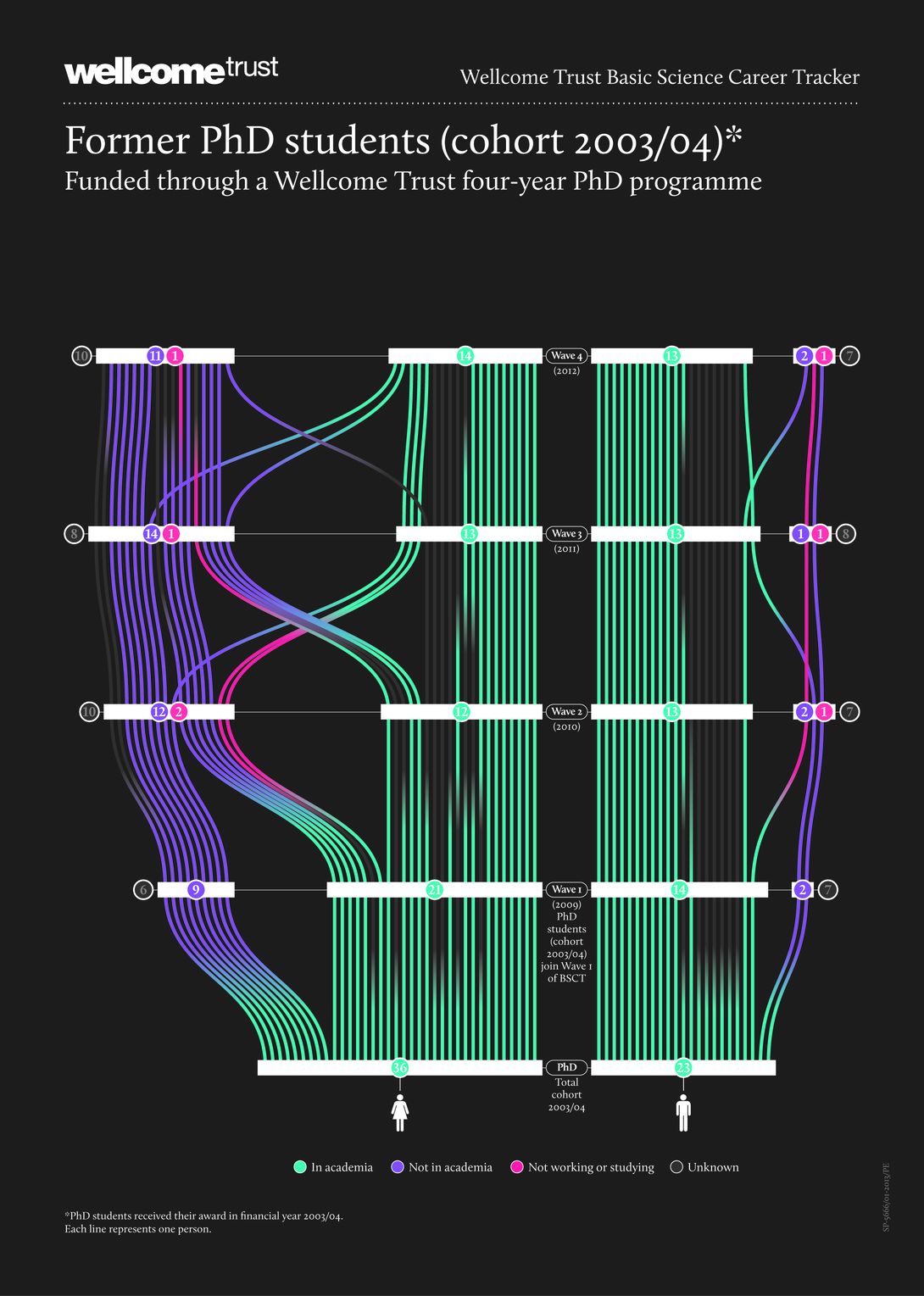 The aim was to visualise career paths of former PhD students supported by the Wellcome Trust and find how many of them stayed in academia and how many left or stopped working and studying altogether. I had to create certain conventions such as grouping "In academia" separately from all other circumstances grouped together, greying "Unknown" but leaving them in the same grouping as the year before (as in the situation being presumed to remain unchanged), and also several positional and transitional rules for the lines in order to keep the instances of lines crossing over to a minimum. Several conclusions can be drawn from this visualisation, the most evident being that although a lot more women were supported initially, the ones that remain in academia after only a few years total roughly the same as men. This can be due to motherhood, marriage or other issues to be analysed further.