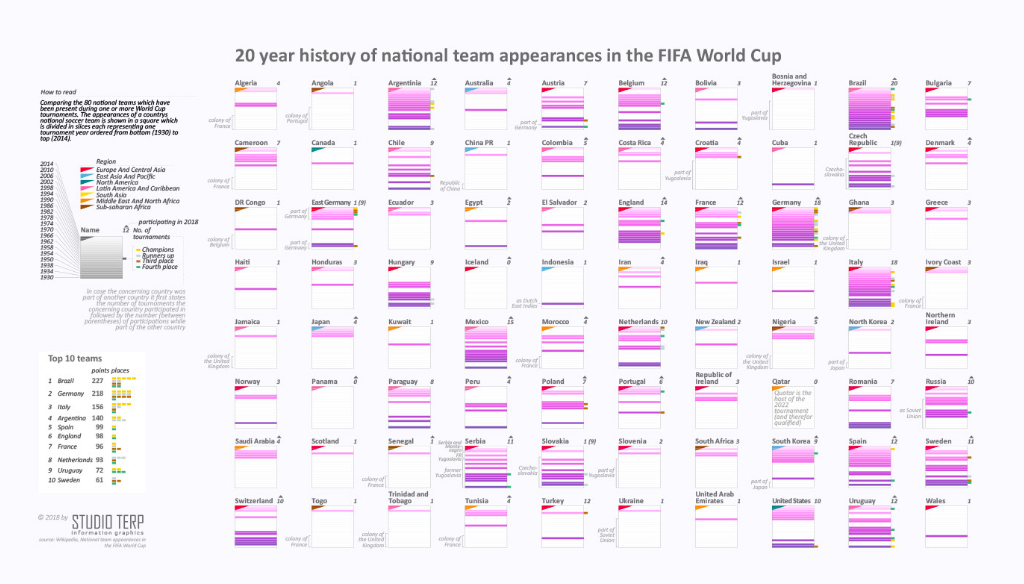 There are 80 countries* which have participated in a past World Cup tournament or are going to participate in this years World Cup.
They have been participating with their own national football team or were a part of a constituted country. Also most African countries were still colonized by another country during the first half of the last century.

The reasons a country did not participate at a tournament or more are various: They didn’t qualify, they withdrew for some (political) reason, they were banned, their entry wasn’t accepted by FIFA, they weren’t affiliated with FIFA or they simply didn’t enter. With a moderate knowledge of modern history you can tell what some absences of concerning countries were caused by.
Next to this I found it interesting to have some insight in which countries performed best: winning the Cup or end up second, third or fourth. I added a small top 10 World Cup soccer teams, which isn’t about who won most but who gained the most points during World Cup tournaments.

* at this moment, including Quatar which as the host is qualified for 2022