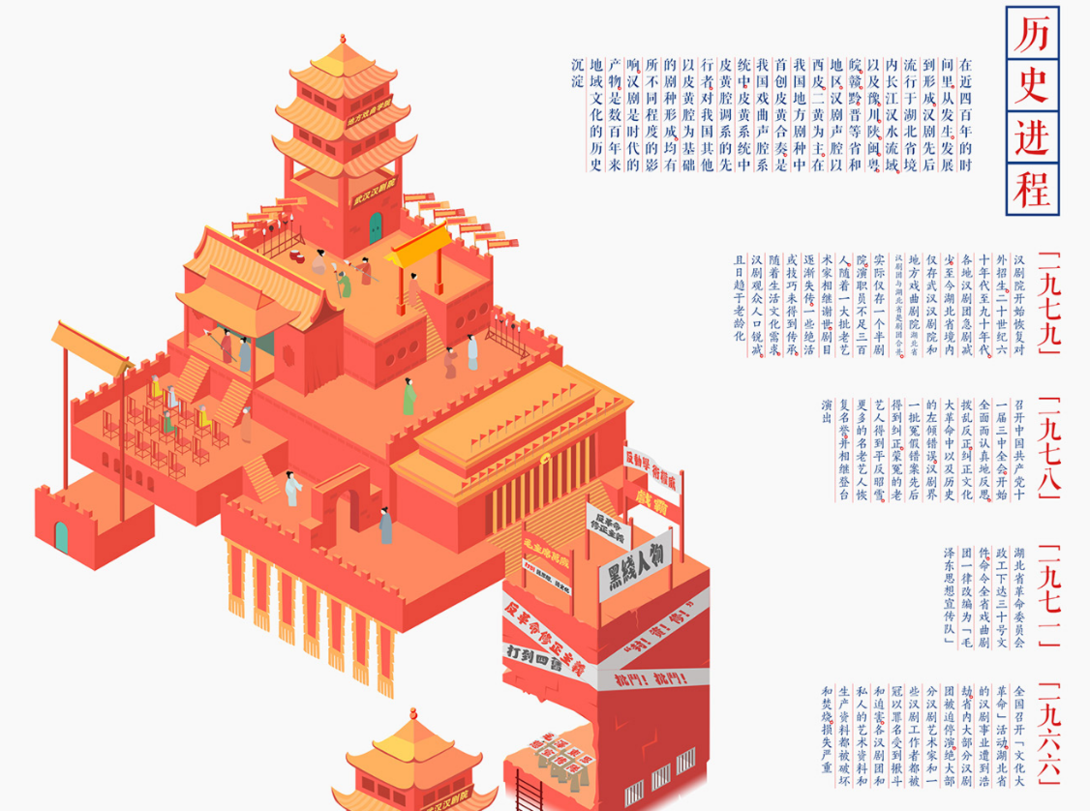 Han is one of the China local operas, old Chu Han Diao. In May 20, 2006, it was included in the first batch of national intangible cultural heritage list. In the Chinese drama development history, Han Opera made a special contribution to the formation of China opera, is an important historical information and artistic innovation resources. Since 1960, around the Han group decreased sharply, many traditional repertoire and craft is Ji Ju Jian Shao, the urgent need to rescue and protection. This work will be the ten business Han Opera's most distinctive "five ugly" through the expression of information graphics, a systematic collation and introduction. Five ugly is the important role of comedy opera. From the historical process, the image features and the action decomposition, the work is organized into a number of data and graphical charts. In the rapid development of the traditional culture in twenty-first Century, by the network culture and the impact of foreign culture, the development of Han stagnation and even on the verge of extinction, with the modern way of expression to let more people know and understand Han, Han culture protection, but its existence since ancient times history and realistic value, make excellent traditional culture extension and development.